The French have always been known for their chic, effortless style. Their fashionable, yet timeless look is enviable to many, so it only makes sense that we should look to them for style inspiration.

When we think Parisian style, we often think of women wearing berets and breton stripes with a baguette in hand. However, in France, you’d be surprised to find that the majority of people don’t walk around like that. And if someone did, they would definitely stand out as a tourist.

So what do French woman wear?

Taking what I’ve learned from my time in Paris combined with what French fashion experts have to say, I’ve come up with five secrets to dressing like a French woman.

Leather pants, boots, jackets, gloves, bags- the French love their leather. And they don’t just wear “faux” leather- they go for quality. Parisian style isn’t about purchasing the latest trendy pieces, but rather, wearing quality clothing that will last a long time. And real leather lasts.

If you visit Paris in the winter, you will find a sea of black coats and clothes throughout the city. Black leather both blends in and stands out in the best possible way. So when you’re considering what color leather to choose from, know that you can’t go wrong with black.

2. Save the activewear for the gym.

Unlike Americans, parisians don’t get caught walking about in workout clothes.

“We do not wear yoga pants as real pants!” Aloïs Guinut, the French personal stylist behind Dress Like A Parisian style coaching services, states.

Parisians like to look put together at all times, which means wearing proper attire when out in public.

French woman are on another level when it comes to “casual” or “business casual”. While in America it is widely accepted to wear jeans to most non-formal occasions, in Paris it is rare to find a local wearing blue jeans.

The world’s capital of fashion gives casual a whole new meaning. They prefer to wear black slacks or dress pants, in either skinny, above the ankle, or flared.

During my time in Paris, I remember sitting in the metro feeling under-dressed. Yes, under-dressed in the metro! Why? Because I was the only girl in the metro cart wearing blue jeans. Not only that, but I also wore sneakers with my jeans (Yikes!) so I looked even more ridiculous compared to the locals next to me.

As winter draws near, it can be tempting to wear the latest trendy coat, or the comfiest coat we can find. However, in France, they choose timeless coats that will last for years to come. Pee coats, leather jackets, and trench coats are the norm on Parisian streets.

When I first went to Paris, I wore my North Face jacket- it was comfy and totally in style here in America. Unfortunately, I once again felt underdressed among the throngs of French women. In fact, I only ever saw one other person wearing a North Face coat- and it was an American man!

Building a wardrobe à la francaise means saving the money you might have spent on that camo jacket you saw in Zara last week, and going hunting for one really well cut piece that will stick by you for more than one season.

5. Go for a neutral color scheme.

“When done well, simplicity is all you need, plus a few blues and whites,” says Nicolas Hobbs, a fashion photographer in Paris.

Keep it simple. French women tend to stay away from bright or neon colors, preferring tonal shades that don’t clash or stand out.

While keeping it simple, don’t be afraid to add your own personal touch to whatever outfit you’re wearing.

The reason French style is admired by so many around the globe, is because they are not fashion slaves, but rather style followers. They will carefully review the new season’s trends and select one or two items to update their look, giving solid basics a new twist.

As French model and music producer Caroline de Maigret said about French style, “the idea is to find the real you, and to not be a product of what society wants you to be.”

Dress to feel good and not to show off. Dress for yourself and yourself only and you’ll have mastered the ultimate secret to French fashion.♥

Get This Parisian Look: BLACK PANTS

What are your favorite fashions? Let me know your thoughts in the comments!

Make sure to subscribe to get more posts like this sent straight to your inbox (and news about a giveaway later this month!)

And don’t forget to check out my new book, The Smart Girl’s Guide to Surviving Her Twenties, available online and in print on Amazon

,  Thought Catalog, and Barnes and Noble.

Thanks to ABMC and the Diane Gilman team for sending me this outfit!

47 thoughts on “5 Secrets To Dressing Like a French Woman”

🎉 it’s time to get excited because In 30 seconds you could be entered to win a $750 Target Gift Card ($750 CASH VALUE)!🤩
The next moment is always fresh and open. You don’t have to get frozen in an identity of any kind. ⚡️ Peter Chödrön
4 days till Christmas 🎄 And I’m refusing to let lockdowns won’t ruin my Christmas spirit !! ✨I feel that in some ways lockdown actually brings people together. I may have had to cancel my Christmas party, book club, and can’t go to church, but in its place I’ve got walks with friends through a quiet city and shared meals whipped up in the kitchen. ⁣
It’s delightful when your imaginations come true, isn’t it? ~ Anne of Greene Gables 🌾 Dress is by @shopmorninglavender 🤍 #thenetherlands #apeldoorn #shopmorninglavender
Started a new Dutch class today. It’s with a private tutor this time…and couldn’t help but think about all of my tutors from China who taught me Chinese. It takes an incredible amount of patience to teach someone like me another language…and I’m feeling extra grateful for all of my language tutors, current and past, who spent hour after hour chatting with me and answering my millions of questions. 🤍 If you’re a teacher, whether you teach foreign languages or math problems, know that if it weren’t for you, no other profession would exist 💕 ik heb heel veel geluk 🥰 老师是最好的 🌸
Fall has always been my favorite season. The time when everything bursts with its last beauty, as if nature had been saving up all year for the grand finale.🍁🍂🌾
Dreaming of warmer days…and my old hair 🥺 Wearing my @bellabeat fitness tracker ⚡️
In case you ever foolishly forget: I am never not thinking of you ~ Virginia Woolf ⚡️#vintagefeeling 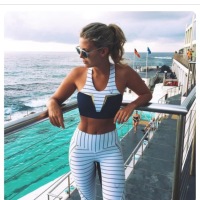